The total turfgrass area used and maintained in Florida was an estimated 5 million acres.  Single family homes make up roughly 75% of that total. As of 1991, 36% of the total acreage was St. Augustinegrass; 19% bahiagrass; 10% bermudagrass; with the balance being zoysiagrass, centipedegrass, and others.

Many of the turfgrass cultivars currently being produced, marketed, and managed were developed and released decades ago. Management of these aged cultivars is fairly well understood, but they were released in an era when sustainable practices were of less concern. Uprising concerns over fertilizer and pesticide use, water quality and quantity issues, and changes in consumer preferences have prompted turfgrass breeders and evaluators to focus on developing turfgrasses that have improved performance characteristics such as color, quality, density, and color as well as requiring fewer inputs such as fertilizer, water, and pesticides required to maintain the grasses. 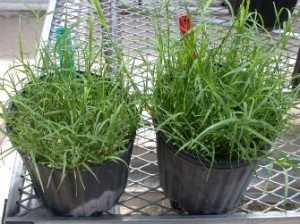 New turfgrass cultivars possessing these desirable traits must be identified, vetted, patented, released, and marketed to meet the growing demands for these grasses. Once the grasses are available, country agents, sod producers, turf managers and consumers must be educated about the advantages of these new grasses and why they would want to plant them opposed to other varieties.

Since 2002, we have conducted 22 research trials assessing the performanc​e and sustainability of more than 2,300 unique turfgrass breeding accessions and cultivars. Each year these demonstration and evaluation trials are incorporated into field days for producers, turf managers, consumers, and county extension faculty. Using the information generated from this research, we have worked with a team of UF scientists and the staff at Florida Foundation Seed Producers, Inc. to apply for patents (some pending) and release five turfgrass cultivars.